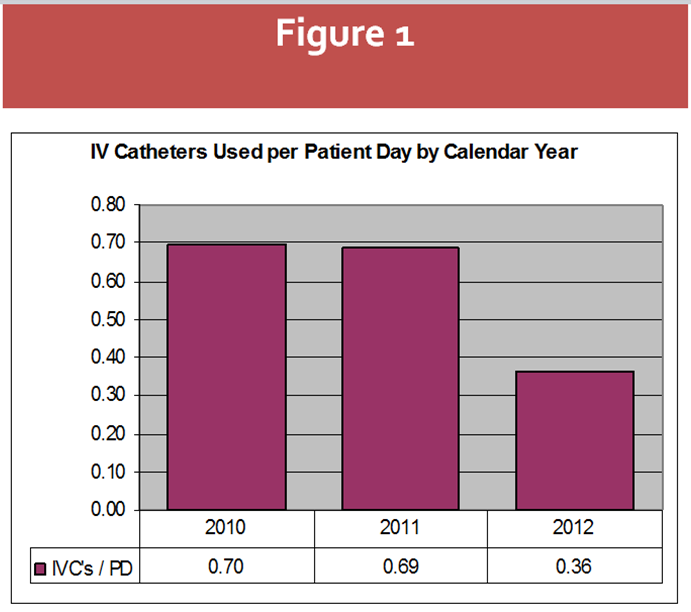 After price is whittled down as low as it can go, utilization can offer an avenue for cost savings. However, without good data, before and after a project, all you have is an opinion. Often, in the value analysis role, we get zeroed in on the price of a widget; and for good reason. Most value analysis programs are evaluated in terms of dollars saved, and this is a fine metric for determining a department’s return on investment (ROI).  However, once the proverbial low-hanging fruit has been picked, one can only squeeze the nickel so far.  Luckily, cost savings (or avoidance) can occur from other strategies.

As an example, consider a project involving peripheral intravenous catheters (PIV’s). Clinicians at the Virginia Commonwealth University Health System (VCUHS) wanted to bring in a PIV securement device. They went through the clinical evaluation process and successfully trialed several products. They chose a vendor and made the case for adoption of the device. Part of the Value Analysis process involving new products at VCUHS is to develop a hypothesis related to the proposed product’s impact. In this case, the clinicians claimed that using the securement device would prevent PIV’s from being inadvertently discontinued (pulled out) by patients moving around (transferring from bed to stretcher, or wheelchair, bedside commode, turning over in bed, etc.). By preventing this negative outcome, the device would:

1.   Decrease the frequency of PIV re-starts experienced by patients, thereby decreasing their pain and the nurse’s instances of exposure to a contaminated needle.

2.   Decrease the quantity of supplies used in performing PIV re-starts, thereby decreasing the total cost of those supplies.

A key to the required hypothesis is deciding upon measurable data by which the project’s success (or lack thereof) will be measured. In this case, normalizing the data to account for census swings was important. The hypothesis was as follows:

After integration of the PIV securement device, the number of PIV supplies utilized per patient day will decrease by 25%. This will decrease patient discomfort, PIV supply costs, the amount of time clinicians must devote to unanticipated PIV re-starts, and the clinicians’ exposure to contaminated needles.

When evaluating the results of a project, the data tells the story. After the PIV project’s

completion, a careful examination of the metrics ensued. The inclusion of the securement device

occurred in July, 2011. As seen in Figure 1, the number of PIV catheters per patient day

(included in PIV start kits, on all supply shelves, etc.) until later in the year. Once fully

implemented for the entire 12 month period (2012), the decrease in PIV catheters was quite

starts, and decreasing the potential for needle sticks. What about the costs? The cost per

patient day for PIV supplies increased the first year. What happened? They had to pay

for the PIV securement device. This actually increased the cost per patient day for

the PIV procedure. However, once the utilization of the supplies decreased dramati-

cally (2012), the costs decreased as well, inclusive of the new securement device. The

decrease is recorded at 21%. This is the delta between the cost per patient day before the project

All elements of the hypothesis have been proven. Clinical quality (patient discomfort) has improved, staff safety concerns (needle stick exposures) have decreased, nursing time devoted to PIV re-starts has decreased (fewer IVC’s used per patient day), and supply cost per patient day has decreased, even including the new securement device. This results in a truly positive outcome and successful project. However, it is the data that shows the impact and makes the case for the continued purchase of the PIV securement device. 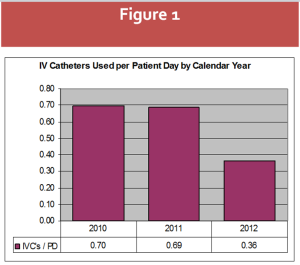 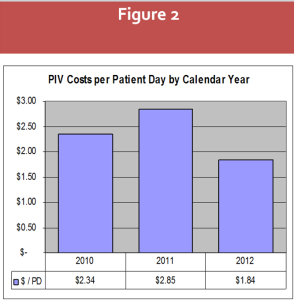 Data veterans may be asking if the facility measured any reduction in staff needle sticks. In this project, it was decided to consider that a “soft,” but important cost. It wasn’t quantified because the facility was doing many things to decrease staff needle sticks, and many of them had begun during the timeframe above. To attribute the needle stick reduction to the introduction of the PIV securement device would be suspect. Instead, the team included reducing the exposure to needle sticks, based upon the number of PIV’s occurring per patient day, in the hypothesis.

The project described above had a positive outcome in both value analysis areas: Cost and Quality. A good value analysis department concerns itself with both and speaks the language of clinicians (quality/safety) and operations (cost). When providing feedback to either group, data makes the case. It provides a transparent and logical picture of the return on investment for the project. Clinicians pride themselves on making decisions using evidence-based practice. The data above is exactly that. Operational departments use metrics to evaluate performance; this is evidenced-based practice as well. It’s all about the data.

Jim Russell is a Value Analysis Facilitator for Virginia Commonwealth University Health System and has more than 25 years of nursing experience, specializing in critical care and psychiatry. He's been a Staff Nurse, Charge Nurse, Clinical Coordinator, Nurse Manager, Director, and Chief Nursing Officer. He worked for many years in the for-profit community healthcare sector and also has several Academic Medical Centers on his resume. Jim sat for 5 years on the Nursing Advisory Board for a Health Trust, performing Value Analysis for nursing related products and represented more than 70 hospitals. He is currently on several Advisory Councils and Special Interest Groups for UHC and Novation. When not at work, he can be found rolling around with his hyperactive rescue Husky. You can contact Russell with your questions or comments at jrussell2@mcvh-vcu.edu.

What Do I Say to Supply Chain Professionals Who Don’t Believe in Savings Beyond Price? 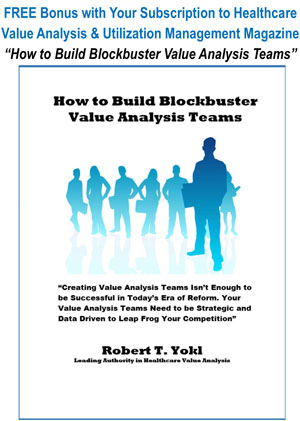