Regular readers of my articles will recognize the term, “Open Payments,” and probably groan with annoyance. If you’ve spent any time with me at a conference, you’ve heard me bring up the topic ad nauseam (hopefully not literally). I have stated, and I maintain, that this new venture offers the field of Value Analysis a powerful tool to combat some of the long-held practices that dilute the effectiveness of our field. Since I learn best with analogies, here’s where we begin:

Does this sound familiar to any of you (not the product, but the request)? If not, you probably have a better PRF than I do. We ask our requesters for specifics on our form. Especially important is, “What data will we measure to determine the success (or lack thereof) of this project?” The last sentence above is a common attempt by our physicians to answer this question with subjective or ambiguous criteria. Just how do you actually measure those things in terms of real dollars? It’s not easy (and sounds suspiciously like something a vendor representative would say). 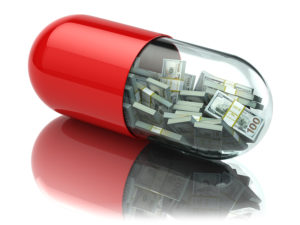 Legal Terms: Most physicians receive training in medical school about the Stark Law and the federal Anti-Kickback Statute. These relate to conflicts of interest in the areas of self-referrals. A physician knows he shouldn’t refer a  patient to another entity in which he has a financial interest. Open Payments is a bit different. Open Payments is a data repository for payments from medical device and pharmaceutical manufacturers to physicians and teaching hospitals. It requires the companies making those payments (or transfers of value) to report them to the Centers for Medicare and Medicaid (CMS). The entries must be categorized (i.e., Food and Beverage, Travel and Lodging, Speaking  Honoraria, Research, etc.). This data is then made publicly available on an annual basis, after an   interval where the recipients of those gifts can dispute their legitimacy. The data is published on a searchable public website in June for the previous calendar year: https://openpaymentsdata.cms.gov/search. We have data now from calendar years 2013–2015.

Anyone can search this database and determine how much (in dollars) and how many (in separate payments) a physician or a teaching hospital has received from each individual vendor for a calendar year. The data is also downloadable for manipulation and distribution. I think the best case for using the tool is made by the tool itself. Use the link and go play. Look up your favorite teaching hospital (academic medical center). You might be surprised at the many thousands of dollars they receive  annually from these companies (some even receive millions). Look up some of the physicians you know. Again, it might be surprising to see how many times a pharmaceutical representative has taken your favorite doctor out for “food and beverages” adding up to many thousands of dollars over a year. Unsurprisingly, you may find they are equal opportunity guests of these companies, going out with Vendor A one week and their competition the next. Lastly, look up some well-known device manufacturers and pharmaceutical companies. For the big ones, we’re not talking about thousands, but millions in payments to doctors and hospitals. Some are in the tens of millions…and even hundreds of millions…in just one year. No wonder a pill costs so much!

Ramifications: I once attempted to negotiate implant pricing with a well-known vendor and had them explain that their prices were so high (they were way out of line when benchmarked) because they funded many activities for our School of Medicine. I had them clarify. They mentioned a million-dollar cadaver lab for the medical students to practice in, that they completely funded. What? You mean that’s rolled up into the price of my implants? “Yes,” they said. “We have to get our money back, don’t we?”

I had another company tell me they’d have to stop paying for a physician’s travel (in the tens of  thousands of dollars) if I wanted them to lower their pricing. What? Really? Why am I paying for that stuff?

Let’s come back to our scenario. Let’s presume we have a Value Analysis Committee comprised of the usual suspects (Dr. Jones’s colleagues, nurses, supply chain folks, finance folks, operational folks, etc.) and he is expected to present his request. Would this committee want to know whether or not Dr. Jones had a financial investment in ACME Spine Company? Shouldn’t this be disclosed as a matter of routine? I would submit that most doctors are pretty good at this and don’t see a need to hide it. If Dr. Jones was involved in the creation of this product, and receives royalty payments from ACME, I think he’d be pretty open about that to the committee. He’d have to refrain from getting those payments when the device was used by your hospital, but does his potential conflict of interest rule out the product? I don’t think so. 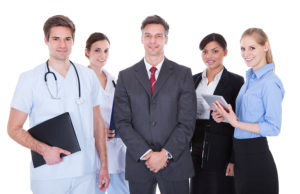 I’ve had physicians explain this to me in pretty convincing terms. I can hear Dr. Jones saying, “Look, I was part of the design team for this thing. I know it’s the best thing on the market, because I did my homework. Why wouldn’t I want the best thing on the market for my patients?” Pretty good speech. As long as he’s open about it to the committee, and doesn’t get royalties, and the committee agrees that the evidence supports using it…why not?

Let’s circle back to Open Payments now. What if, in the actual meeting, you pulled up the internet on your screen (you know you’re projecting a PowerPoint, don’t deny it) and went to the Open Payments website and searched Dr. Jones. Why not?

What if ACME Spine Company has provided $10,000 to Dr. Jones for speaking engagements? What if they’ve spent another $10,000 in travel and lodging and food for Dr. Jones…all in the last year? Does this dilute his message of doing his homework? Does he have the same gifts from other companies? Is this information at all interesting to the committee? I’m betting it would be.

Recommendation: I’d advocate for including an Open Payments search with every new product request from a physician. I suspect the committee would like to know if there could be any appearance of impropriety. I’m not suggesting that these gifts indicate anything untoward. I’m saying that bringing this information out in the open indicates a transparent process when evaluating products. If your hospital decides to move a seven-figure spend from one vendor to another, and the new vendor has provided significant transfers of value to your hospital or some of the doctors involved, doesn’t that look a little fishy? The spurned vendor may claim your hospital was bought by lavish gifts to the physicians involved in the decision. I’ve even had some vendors file a Freedom of Information Act (FOIA) claim to get our decision making data (including meeting minutes). How would you feel if a reporter asked you why you chose what you chose? Remember, this is public data, out there for all to see.

This is not just about physicians. If your hospital might be embarrassed by the public reporting of millions of dollars in gifts from these companies, perhaps it shouldn’t accept those gifts in the first place! What if your hospital receives millions of dollars in tax revenue from your local community? Might they not question why it’s also receiving substantial payments from pharmaceutical and device manufacturers as well?

As we move ever onward to evidence-based practice and letting evidence guide our decision making in value analysis, I’d submit that Open Payments can be a valuable tool to be used on that journey. If we make our decisions based upon the right product for our patients at the right price for our institutions, there’s really nothing to hide. If we are beholden to outside influences, because they provide hidden contributions that we don’t talk about…perhaps it’s time to clean up our practices. Once everything’s out in the open (and it certainly is with Open Payments), it can actually be quite freeing to stop worrying about how things would look on the evening news.

James Russell is a Value Analysis Facilitator at UF Health, Jacksonville, and has more than 25 years of nursing experience, specializing in critical care and psychiatry. He has been a Staff Nurse, Charge Nurse, Clinical Coordinator, Nurse Manager, Director, and Chief Nursing Officer. He worked for many years in the for-profit community healthcare sector and also has several  Academic Medical Centers on his resume. Jim sat for 5 years on the Nursing Advisory Board for a HealthTrust, performing Value Analysis for nursing related products and represented more than 70 hospitals. He is currently on several Advisory Councils and Special Interest Groups for UHC and Novation. When not at work, he can be found rolling around with his  hyperactive rescue Husky. You can contact Russell with your questions or comments at James.Russell@jax.ufl.edu

The Supply Chain Stars of Tomorrow Understand This: Value Analysis

A Recruiter’s Perspective Chase Johanson, Hospital Supply Recruiter, Gibson Consultants The Value Analysis Professional Vs. the Rising Cost of Healthcare According to projections, “Under current law, national health spending is predicted to grow at an  average […]

Are Your Suppliers Considered Your Value Analysis Advisors™?

It is our opinion that a wealth of untapped knowledge and expertise exists within your supplier organizations, but isn’t being regularly tapped into by value analysis professionals in a systematic way. If only value analysis […]

Value Analysis Workshops Could Be the Ticket for You

Robert T. Yokl, President/CEO, SVAH Solutions There is a Time and a Place for VA Workshops vs. VA Teams Value analysis practitioners are used to facilitating value analysis teams or committees to vet their supply […]