Timely placement and management of vascular access is critical in emergent patient care. However, there are many circumstances in which traditional means of peripheral venous access are either unsuccessful or inappropriate for the patient.1 In situations where clinicians are performing multiple venipunctures without success, each additional puncture further delays the initiation of patient treatment, increases the risk of complications, and contributes to patient discomfort and anxiety.2

Recognizing the value of a new catheter indicated for jugular vascular access, a large academic hospital implemented an initiative in their emergency department to improve patient care, optimize workflow efficiencies, and help improve patient outcomes. In an interview with Dr. Andrew Little, D.O., one of the emergency department physicians, he characterized the team’s experience with VeloCath™ intravenous catheter (VeloCath™), the new peripheral vascular access device.

At the academic hospital, which receives between 85,000 to 95,000 annual emergency visits, the emergency team previously used three approaches to gain peripheral vascular access in situations where traditional means were difficult or unobtainable.

1. A common approach was to place triple lumen central venous catheters (CVCs) in the internal jugular (IJ) vein. Often, when a triple lumen CVC was placed, only one of the three lumens was used, and the device was removed within 24 hours of placement. The full potential of these central lines was not optimized in this patient population.

2. Insertion of the 18-gauge, 6.5cm introducer catheter found in their CVC insertion kit was another common method, utilizing the Easy-Internal Jugular (Easy-IJ) technique. This involved placing a single lumen peripheral intravenous catheter (PIVC) in the IJ under ultrasound guidance.3 When the Easy-IJ technique was employed, emergency department physicians opened CVC kits only to use the 18-gauge, 2.5-inch catheter, lidocaine, and syringe, and discarded remaining components, including the CVC catheter. The benefits of the Easy-IJ technique include:

3. When compared to the first two options, intraosseous needles were less commonly placed and mostly reserved for patients who were unconscious or in need for immediate access.

At an institutional level, there were no algorithms in place to manage situations involving difficult or unobtainable peripheral venous access, so the emergency department aligned on treatment pathways, such as attempting PIVCs with and without ultrasound guidance, followed by one of the three identified approaches. Although the success rates were relatively high for these approaches, the greatest challenge was procedural time, which may take up to 20 minutes, depending on experience level.4

Taking into consideration the importance of delivering timely vascular access for emergent patients, as well as the benefits of standardizing the procedure, the team recognized the need to increase efficiency and minimize the risk of complications.

In March 2020, the emergency department adopted a new device indicated for jugular vascular access that accommodates different operators (e.g., physicians, nurses, and paramedics). The goal was to address the historic challenges related to timely and efficient vascular access. The VeloCath™ is offered as an 18, 20 or 22 gauge, 2.25-inch device that is indicated for vascular access, including both the external and internal jugular veins, to sample blood, monitor blood  pressure, or administer fluids intravenously, and is suitable for use with power injections.5 Dr. Little and his team have found VeloCath™ to be a well-designed solution for placing a peripheral line in patients in emergent situations. Many of the recipients of VeloCath™ were critical patients in a state of diabetic ketoacidosis, volume depletion, severe anemia, or requiring fluid resuscitation.

The introduction of VeloCath™ also solved the greatest challenge associated with these critical care patients: procedure time. Across insertions, the median procedural time was reduced to three minutes overall, including one minute for a successful cannulation. Based on the department’s experience, Dr. Little estimated that approximately 20% of patients who received either midline or central line placements could benefit from this type of access. This number includes critical patients requiring rapid access using a single lumen device.

Between March and June 2020, 18 VeloCath™ intravenous catheters were placed by five emergency department physicians. The majority of VeloCath™ placements took place in IJ veins, with two in the brachial, one in the left IJ vein, and 15 in the right IJ vein.

The five physicians who placed VeloCath™, including two attendings and three residents, received on-mannequin training from the manufacturer, prior to their adoption in a clinical setting. The team found the techniques required for placing a VeloCath™ were similar to placing a central line, except that the operator can stop once the initial venous cannulation is complete, avoiding the subsequent steps and time associated with placing a CVC (i.e., guidewire insertion, skin nick, tissue dilation, etc.).

Based on the emergency department’s experience, no catheter-related complications were observed with VeloCath™. Nonetheless, Dr. Little suggested all operators pay close attention to the flash chamber located in the housing of the device. It was noted that it may be difficult to visualize blood entering the flash chamber during the procedure. To circumvent potential complications and/or procedural delays associated with this difficulty, all jugular procedures using VeloCath™ were performed under ultrasound guidance, as this allowed for the visualization of venous cannulation and guidewire advancement during the procedure, ultimately ensuring successful placements. However, if ultrasound is unavailable, it is possible to place VeloCath™ using the landmark technique, depending on the operator’s comfort level.

Compared to other catheters, another benefit of VeloCath™ was the decreased risk of accidentally perforating nearby structures (e.g., artery) and advancing the guidewire too far. In the VeloCath™ device, the guidewire is anchored within the housing, which eliminated the risk of losing the guidewire during the procedure or advancing the guidewire too far. Additionally, VeloCath™ is a self-enclosed system, which means there is no need for direct manual contact with the insertion components or the catheter during the procedure, nor the need to navigate the sterile field to transfer components from the tray to the insertion site. The operator creates a sterile field, inserts the catheter, waits for the blood flash, and retracts the needle. This system was perceived to eliminate the risk of contamination when compared to a traditional CVC insertion.

Although the initiative is still in its early stages and further clinical experiences are required to fully assess outcomes, the department is confident that timely placements and positive outcomes will continue with their ongoing use of VeloCath™.

Achieving Both Clinical and Economic Benefits while Optimizing Patient Care

As previously identified, one major downside associated with providing care for acutely ill patients is the time required for a successful line placement.

Second, the pre- and post-procedure time was also reduced, given that all the materials needed were available in VeloCath™’s all-inclusive emergent access kit and no CXR was needed, which saved the emergency department valuable time that otherwise would have been spent collecting and preparing the materials and ordering the CXR.

Third, no complications associated with VeloCath™ placements were observed. This may be attributed to the length of VeloCath™, which helped to decrease the likelihood of perforating nearby structures, and an anchored guidewire, which helped to minimize the risk of guidewire embolization.

Dr. Little’s team experienced early challenges when patients who received VeloCath™ were transferred out of the emergency department. Education must be provided to the relevant clinical staff (e.g., internal medicine, intensive care, and radiology) on the objectives, benefits, and potential limitations of the device prior to implementation. Dr. Little’s department suggested this was the most valuable lesson learned in a successful hospital conversion to VeloCath™. Along with education, achieving internal alignment was essential for the emergency department team to ensure all patients who could benefit from VeloCath™ would receive it and retain the device for its optimal duration.

Since adoption of the all-in-one VeloCath™ Emergent Access Kit, it has been reported that the emergency department staff has felt nothing but excitement over the new decision tree. VeloCath™ provided power injection capabilities, which allowed for the delivery of contrast media. This feature was beneficial to radiology technologists at the facility. The staff who placed VeloCath™ also benefited by reducing critical placement time. While Dr. Little acknowledged the operators at large academic hospitals, like his, may be mostly or entirely physicians, nurses may also benefit in settings like community hospitals, where they may also perform the procedure.

Based on their experiences at this large academic hospital, Dr. Little and his team recommended VeloCath™ for use in emergency departments to help with placement efficiency and optimizing health outcomes in situations where minutes can make a critical difference. 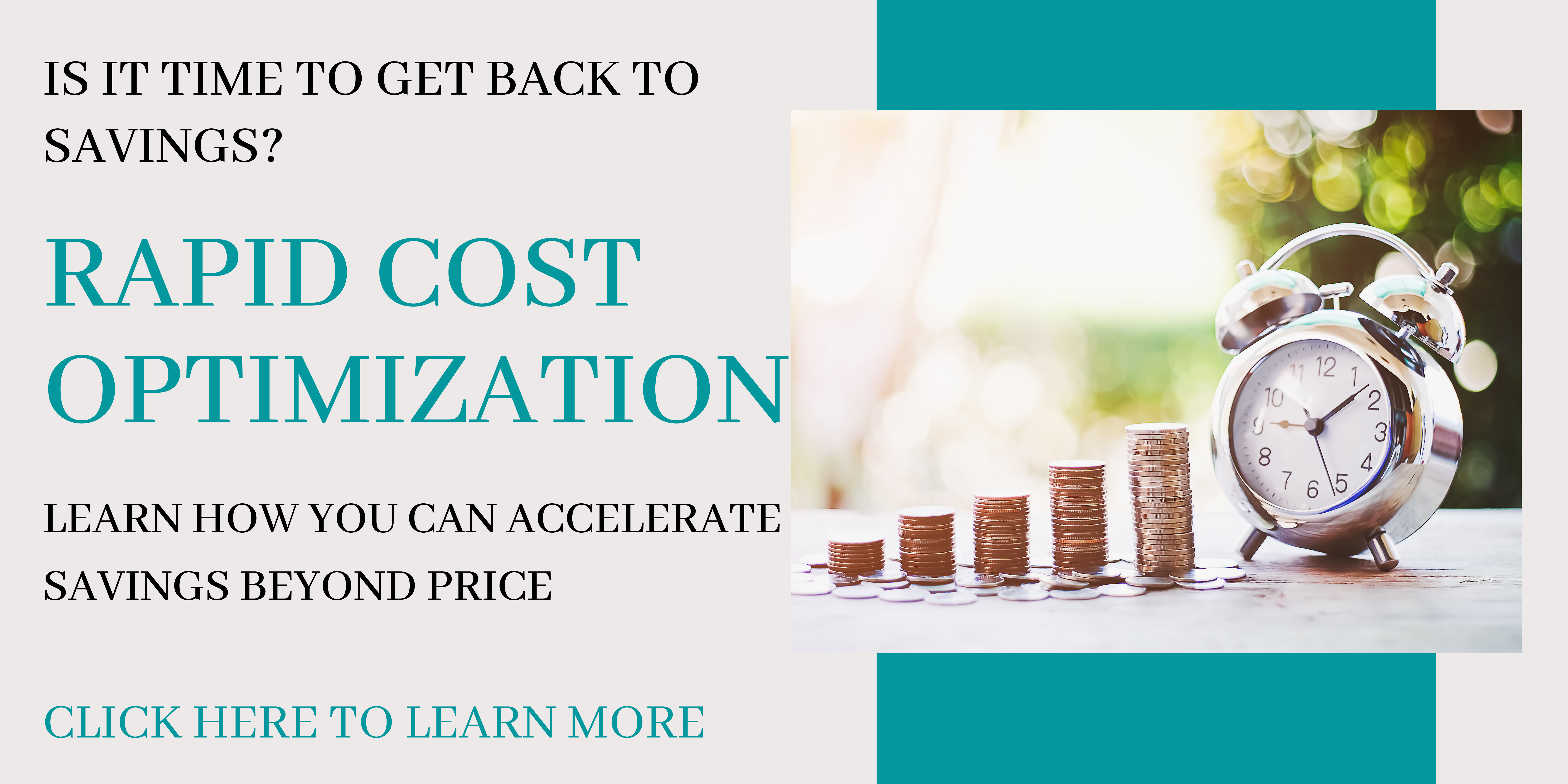